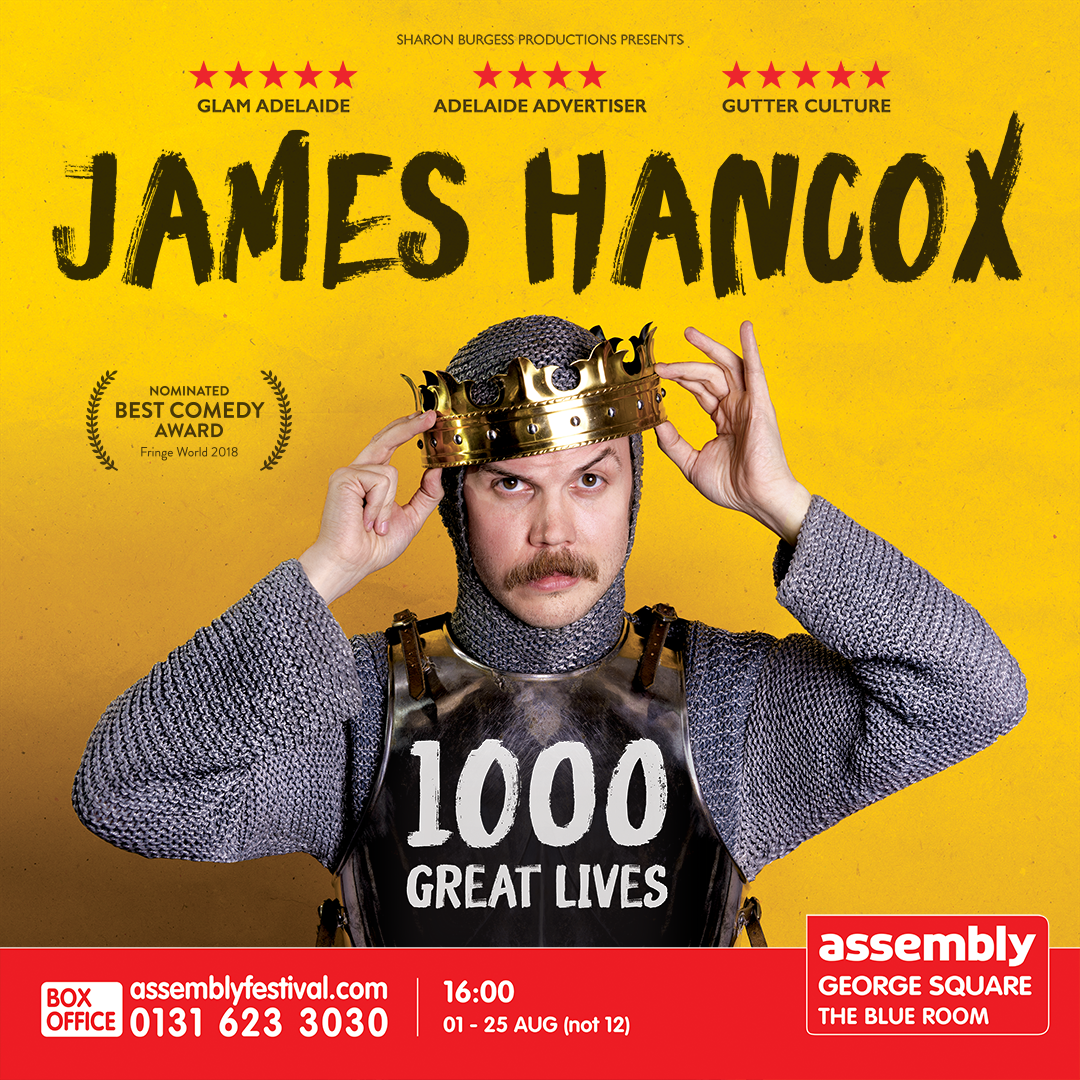 James returns to the Fringe with his most ambitious show to date – an epic, thought-provoking stage spectacular celebrating the 1000 great lives that shaped history. However, with the cast missing, budget running low and doubts that he can count that many, he might have to think on his feet.

Sketch, DIY props and audience-based tomfoolery combine to create a show that – if pulled off – will be even better than War Horse (his own words).