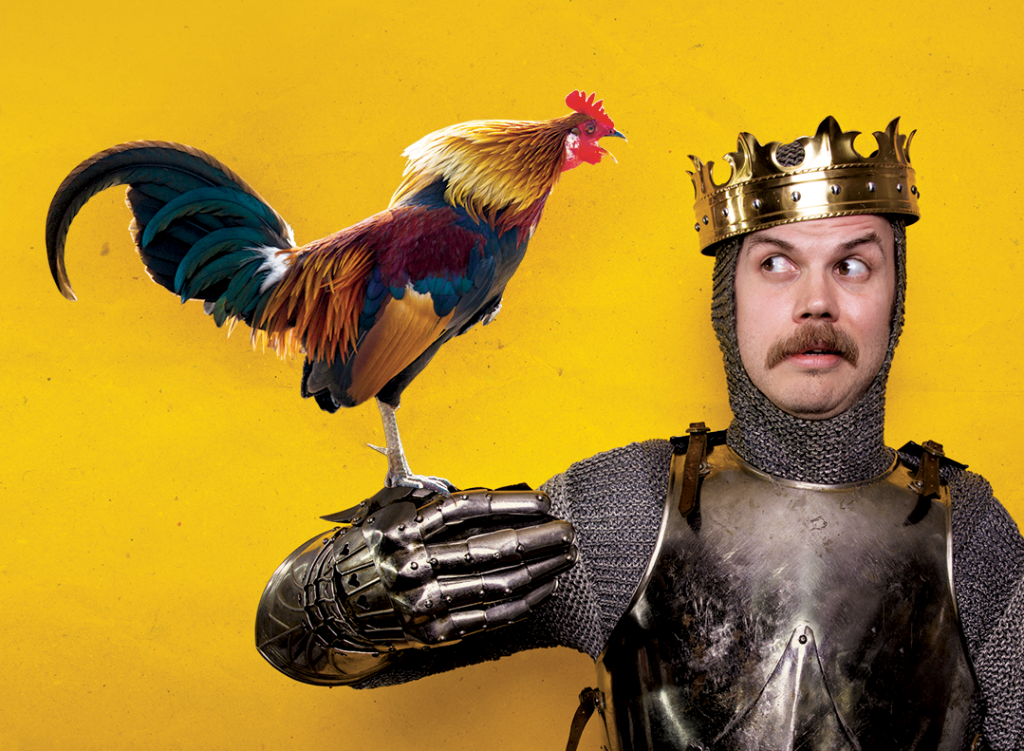 Since 2009, he’s played an impressive variety of stages – from London Apollo to Glastonbury Festival to Brixton Academy – and has performed at festivals across Europe and Australia, including sell out shows at the Edinburgh, Perth and Adelaide Fringe Festivals.

His early work with improv musical comedy group Abandoman has been featured on many British TV and radio shows, most notably Channel 4’s ‘8 Out Of 10 Cats Does Countdown’ and BBC’s Stephen K Amos Show – and won the duo both Hackney Empire’s New Act of The Year and The Musical Comedy Award.

At the start of 2018, he took his first solo show Sports For The Unsporty to FRINGE WORLD Perth, where he received a Best Comedy Award Nomination.

His subsequent solo shows 1000 Great Lives, Action and Megamovie have played to packed audiences at Edinburgh Fringe Festival and FRINGE WORLD Perth, have received barrel-fulls of great reviews, and have collected the FRINGE WORLD Weekly Comedy Award in 2021 and 2022.